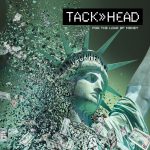 So I’ve been asked to do something a little different and remix some Tack>>Head tracks for Echo-Beach Records.

Tack>>head were a band active from 1987 – mid 1990’s consisting of Doug Wimbish (bass), Keith Leblanc (percussion) and Skip McDonald (guitar – aka Little Axe) ; they all played on lots of pioneering Sugarhill Records amongst other projects) and producer (sometimes credited as “mixologist”) Adrian Sherwood (Dub Syndicate mix astronaut) ( thanks Wikipedia)

At around the time of their original activity I was listening to alot of dub and emerging rave music, before drum and bass became fully formed . So I’ve gone back to that era with this first remix, a cover Tack>>head did of Bob Marley’s WAR, which is a speech of Emperor Haile  Selassie made at the UN conference in 1963 calling for World Peace