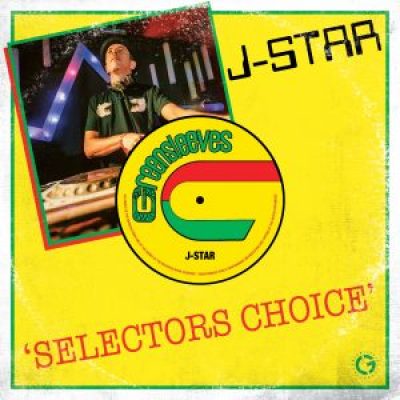 When I was growing up and buying records, one of the stand out labels was Greensleeves. Second hand shops would be full of either distinctive green and yellow 12″ sleeves or a design with a huge comic strip style sound system party going on. New releases were coming out and brighter riddim albums appeared, as reggae embraced it’s digital and dancehall age.

Even if you didn’t get a chance to listen to them in the shops, you would be sure you were buying a good record most of the time. I didnt even realise they were distributing other albums from JA which didn’t have the Greensleeves logo on them. NOW you can listen to hundred of releases on Spotify and other digital channels.

Here’s a live mix selection from the more vintage end of my vinyl collection with a little commentary on too. I would never have thought all those years ago that some time in the future I would be asked to do this mix – it’s a real honour, and i was slightly nervous about producing the goods!

Play it loud, play it quiet, work or work-out to it, cycle in the streets to it, stick in your ear buds or on your speakers, send it to your mate or your nan, there’s something fro everyone!

“Revered in the late ’70s, ’80s and ’90s as the number one destination for both the sound of Jamaica, and for Caribbean-influenced black British music, Greensleeves created a distinct reputation as a pioneer in Dancehall music and the Rub-A-Dub style. Just like Motown or Blue Note it defined a genre yet remained firm in its mission to bring authentic Reggae to its fans. It declined to court the mainstream ensuring its cult status for years to come.” 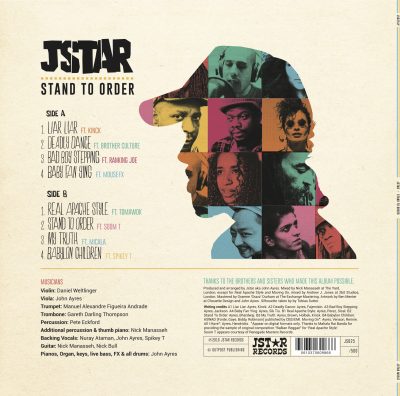 The chances are, if you’re a DJ, a reggae aficionado, or vinyl collector, you will have heard of Jstar, and one the hundred remixes he’s produced for over the last 14 years. The chances are, even if you are not any of those mentioned, you’ve probably unwittingly heard one of his remixes in a bar/ club / supermarket

Since his phenomenal ‘DJ only’ reggae remix of ‘No Diggity’ hit the dance floors, London producer Jstar has been blazing trail of high quality productions ever since.
Not restricted to the ‘mashup’ style that many others followed in his wake, Jstar has remixed high end artists from Mark Ronson, Major Lazer, DJ Vadim and Madness amongst others.
With over 100  productions on behalf of major record labels such as Sony, to various independent releases, Jstar’s artistic output has been consistent, played by the likes of David Rodigan, Gilles Peterson, Norman Jay, Grandmaster Flash, across the world in festivals, clubs , bars and radio, from New York to New Zealand.

As well as producing, Jstar is a well established global DJ from London with over 15 years experience rocking dancefloors around the world mixing up bass music, Tropical beat and Dancehall with reggae influences.

STAND TO ORDER (LP & DUB E.P.)
Now Jstar has teamed up with stable of talented singers and MC’s, and stuffed an album full of catchy vocal hooks and melodic earworms for his first studio album, Stand To Order’ and Dub Ep ‘ Dub To Order’

With one foot in the 3 minute world of pop and the other in the world-a-reggae, this succinct and well rounded production rides smooth like a well oiled vintage Rolls Royce. By joining forces with UK reggae producer/ engineer Nick Manasseh (Roots Garden) and his regular cohort Andy J Jones (Acid Jazz), Jstar has produced a surprising blend of tracks including Spanish, French and Cantonese in a distinctly UK style. 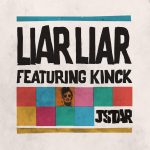 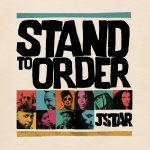 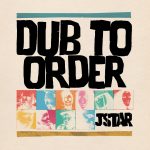